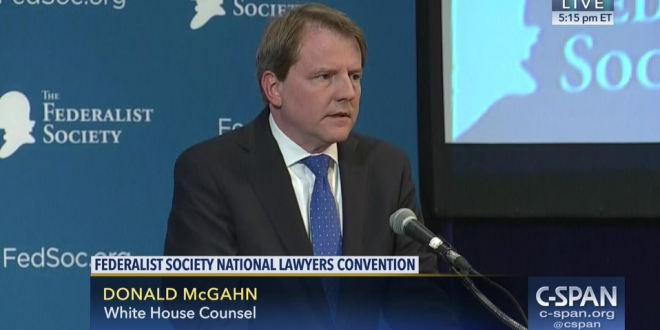 White House officials asked at least twice in the past month for the key witness against President Trump in the Mueller report, Donald F. McGahn II, to say publicly that he never believed the president obstructed justice, according to two people briefed on the requests.

Mr. McGahn, who was the president’s first White House counsel, declined, one of the people said. His reluctance angered Mr. Trump, who believed that Mr. McGahn showed disloyalty by telling investigators for the special counsel, Robert S. Mueller III, about Mr. Trump’s attempts to maintain control over the Russia investigation.

NEWS: Within a day of the release of the Mueller report, Trump sought to have Don McGahn publicly declare he didn’t consider Trump’s directive that he seek Mueller’s dismissal to be obstruction of justice. McGahn declined.https://t.co/ZNOCmbqoLX

Breaking News: The White House is said to have asked a key witness in the Mueller report to declare that President Trump never obstructed justice. He declined. https://t.co/y0RVU0BWBe

Previous Trump Cultist Claims PA Rep. Brian Sims Is Secretly Straight And Should “Suck A Dick” To Prove He Isn’t
Next Stone Asks Court To Suppress Evidence Against Him