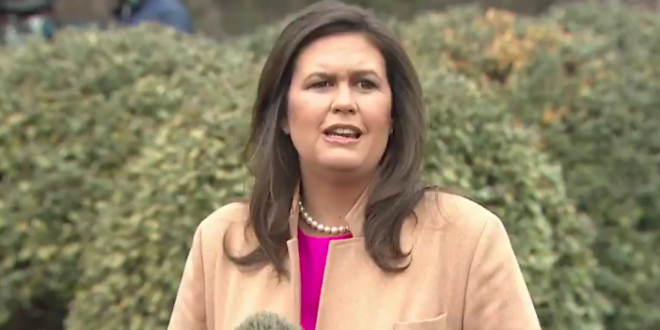 White House: Trump And Putin Discussed Letting Don McGahn Testify, Agreed There Was No Collusion In 2016

President Donald Trump and Russian President Vladimir Putin spoke Friday and both agreed “there was no collusion” between Moscow and Trump’s 2016 presidential campaign, White House press secretary Sarah Sanders said. Sanders said that the two briefly discussed special counsel Robert Mueller’s report “essentially in the context of that it’s over and there was no collusion.”

She added that she was “pretty sure both leaders were very well aware of (the Mueller report’s finding) long before this call took place” because it was “something we’ve said for the better part of two and a half years.” Sanders said that the two leaders discussed whether the administration would allow former White House counsel Don McGahn to testify before Congress as Democrats ramp up their oversight investigations into the administration.

Had a long and very good conversation with President Putin of Russia. As I have always said, long before the Witch Hunt started, getting along with Russia, China, and everyone is a good thing, not a bad thing….

Previous REPORT: Erik Prince Arranged Intel Training For James O’Keefe’s Troll Army But They Were Too Stupid To Learn
Next Graham Invites Mueller To Testify About Call With Barr