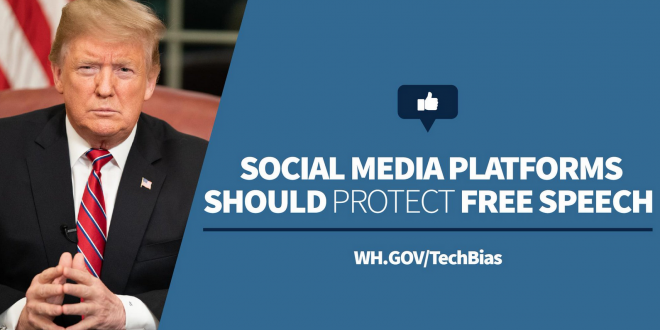 The Trump administration is asking social media users to report directly to the White House if they believe companies like Facebook and Twitter have punished them for their political views.

In an online form shared with the White House’s 18.5 million Twitter followers, the administration asks people to “share your story” of political bias directly with the president.

“SOCIAL MEDIA PLATFORMS should advance FREEDOM OF SPEECH. Yet too many Americans have seen their accounts suspended, banned, or fraudulently reported for unclear ‘violations’ of user policies,” the website declares.

The form asks for your name, whether you’re a US citizen (!), your age, contact information, and a link to the site where you were “targeted.” I’m reporting Breitbart and every RWNJ site that has banned me, just for fun.

The Trump Administration is fighting for free speech online.

No matter your views, if you suspect political bias has caused you to be censored or silenced online, we want to hear about it! https://t.co/9lc0cqUhuf pic.twitter.com/J8ICbx42dz