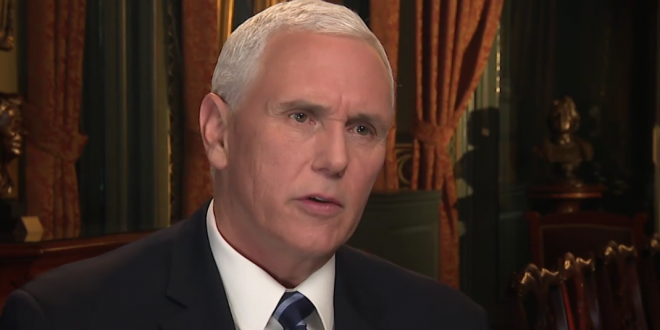 US Official: Mike Pence To Offer “Carrots” To Venezuela Military In Attempt To Spawn Uprising Against Maduro

Maduro – who has said Guaido is a puppet of Washington – has sought to show that the military remains on his side, but opposition leaders and U.S. officials have said that support is tenuous.

“They sat back in the barracks and they’re there, but they don’t want to be identified as the institutional source of repression,” the official said. Pence will offer new “carrots” to the Venezuelan military, the senior official told Reuters, declining to provide details of the incentives ahead of the speech.

Previous Pompeo Cheers Shrinking Sea Ice For Clearing Trade Routes: “The Arctic Is At The Forefront Of Abundance”
Next Reporter Dragged Away By Security After She Asks Scamvangelist Why He Needs $54M Private Jet [VIDEO]