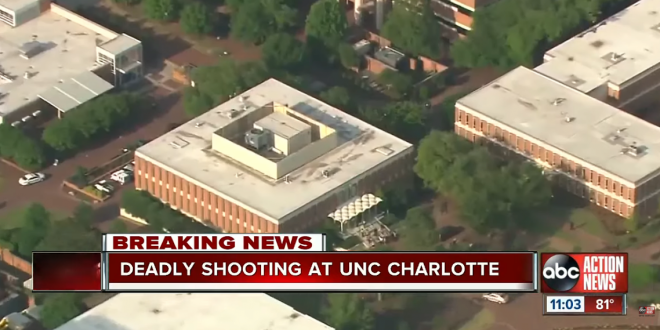 The suspected gunman behind a shooting at the University of North Carolina Charlotte allegedly researched the Sandy Hook school shooting, sources tell a local CBS affiliate. Trystan Terrell, 22, is accused of killing two students and wounding four others on Tuesday.

The sources told the television station that Terrell made a full confession to police and had been planning some kind of attack for months. They also said he extensively researched what happened in Newtown, CT on Dec. 14, 2012. Twenty-six students and staff members were killed at Sandy Hook Elementary School by a gunman.

Police said Terrell had been carrying 10 magazines of ammunition when he burst into a classroom at UNC Charlotte this week and randomly shot people. They also said the handgun he had was legally purchased.