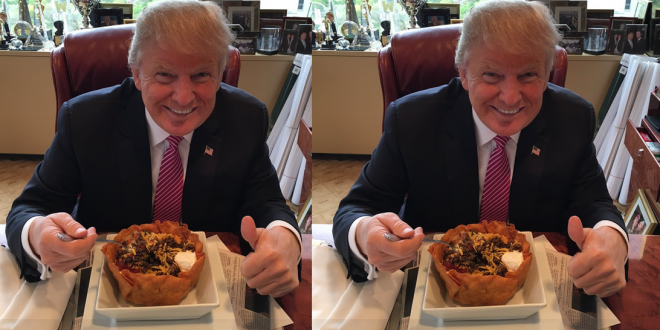 I send my greetings and best wishes to all those celebrating Cinco de Mayo. On this day 157 years ago, the Mexican people valiantly defended their freedom and prevailed in the Battle of Puebla. Facing a French army equipped with more men and better weapons, the tenacious Mexican forces, under the command of General Ignacio Zaragoza, rose to the daunting challenge and emerged victorious on May 5, 1862.

As we honor the anniversary of this historic victory, we celebrate the courage and patriotism the Mexican soldiers exemplified in defeating the invading army of Napoleon III. We also acknowledge the remarkable achievements of Mexican Americans and the many contributions they have made, and continue to make, to our Nation. Melania and I hope those who are celebrating enjoy today’s festivities. Feliz Cinco de Mayo!

President Trump skipped for the third year a celebration of Cinco de Mayo on the White House grounds, leaving the Mexican ambassador with a group of mid-level administration officials instead.

At the event, Ambassador Martha Bárcena urged ratification of the USMCA trade deal, but he was left without a senior U.S. counterpart as White House acting chief of staff Mick Mulvaney canceled at the last minute.

Trump has given far less fanfare to Cinco de Mayo than his recent predecessors. Former Presidents Barack Obama and George W. Bush hosted elaborate parties in the Rose Garden and East Room of the White House.