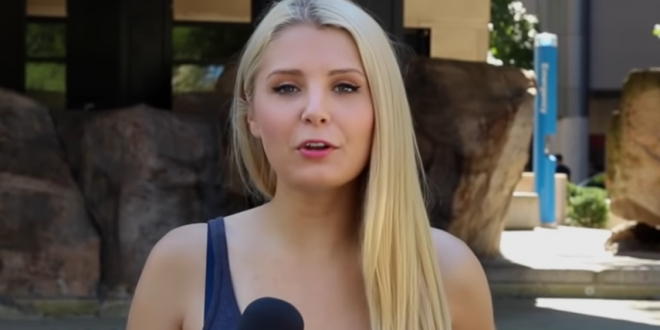 A far-right Canadian activist has been banned from entering the UK for distributing posters that said “Allah is gay.” Lauren Southern was detained trying to enter the UK at the Port of Calais after her previous trip saw her distributing the leaflets in Luton at an event broken up by police.

Southern was not arrested during the incident in Luton, but was detained at the border in Calais under the Terrorism Act when she tried to re-enter the UK on March 13th.

The Canadian rose to prominence after she attempted to launch a boat with other far-right activists which was designed to hamper attempts to rescue refugees drowning in the Mediterranean.

You’ll note that Southern closes the tweet just promoted by Trump with an OK emoji. That symbol has been adopted by white supremacists worldwide due to a campaign launched in 2016 by trolls on 8chan and 4chan, the internet home of recent terrorists.

As noted above, Southern is also affiliated with the leaders of Austria’s white nationalist movement. One of the leaders that Southern pals around with, Martin Sellner, received a $1700 donation from the New Zealand terrorist.

Lmao at establishment conservatives who think they won’t be labeled the new “dangerous” / “extremist” voices when those to the right of them are all banned. Good luck with that one guys 👌🏻

There have been many low moment in the Trump presidency. His conduct on Twitter this AM may be the worst pic.twitter.com/Z6Cunk9VEn

Now Trump is retweeting her. pic.twitter.com/XwzUdALt2O

Now Trump is retweeting Lauren Southern, a straight-up racist who is a major proponent of the white genocide conspiracy theory pic.twitter.com/Ey8b6c8nS3