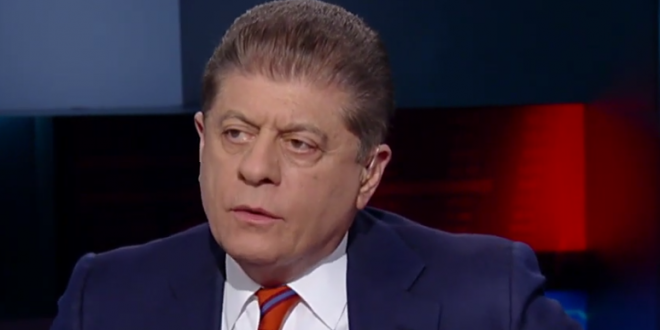 Trump Retweets Call To Take Fox Analyst “Off The Air”

President Donald Trump is calling for Fox News to take one of the networks biggest critics off their air, in a Sunday morning retweet of Twitter User @HH41848213, aka “HowardH” who joined Twitter in 2016 and has roughly 235 followers until today.

Donald Trump’s use of Twitter has flouted previous presidential decorum for years. But the retweeting of some rando on Twitter calling for the ostensible firing of the well-respected legal mind of Andrew Napolitano is a new level that we haven’t quite seen before.

As I’ve reported, Napolitano has written that the Mueller report shows Trump committed obstruction. And therefore, per Glorious Leader, he must be fired.

When you look at the continuous incorrect statements by Napolitano over the past 2 years, it is fair to ask FNC why they allow him to have national air time. The man has been significantly wrong on at least 8 major occasions. Unacceptable! Take him off the air!

Covered a lot of ground with a great friend… Nick Gillespie
Let us know what you think…https://t.co/uLBIDW7TbY