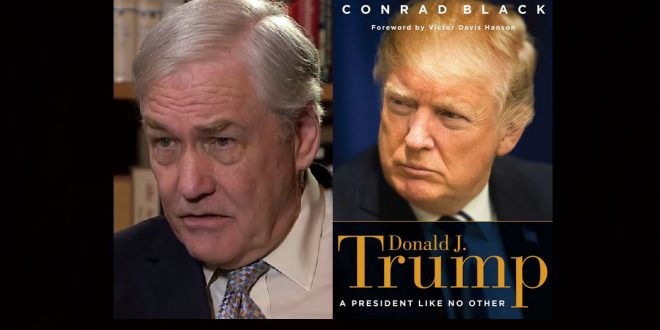 President Donald Trump on Wednesday signed a full pardon for former media mogul Conrad Black, who was convicted in 2007 of fraud and obstruction of justice and spent 3-1/2 years in prison, the White House said.

Black, 74, a Canadian-born British citizen, once ran an international newspaper empire that included the Chicago Sun-Times, Britain’s Daily Telegraph and the Jerusalem Post. He also wrote a book about the president, called “Donald Trump: A President Like No Other” that was published in 2018.

He was found guilty in the United States in 2007 of scheming to siphon off millions of dollars from the sale of newspapers owned by Hollinger Inc, where he was chief executive and chairman. He was released from a Florida prison in May 2012 and deported from the United States.

Conrad Black is one of the sleaziest people ever in the puss-drenched newspaper business. He’s also a white supremacist who said the “very fine” neo-Nazis who chanted “Jews will not replace us” in Charlottesville were a Democratic Party false flag. Of course Trump pardoned him.

From the archives: Trump was going to be a witness in Conrad Black’s trial, but his defense decided not to call him at last minute. https://t.co/bj24KY4wqu