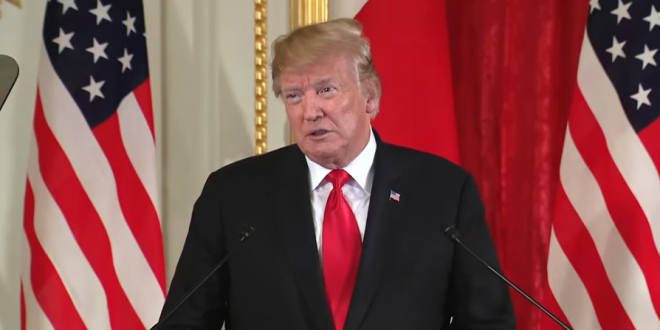 President Donald Trump said Monday he is not “personally” bothered by recent short-range missile tests that North Korea conducted this month, breaking with Japanese Prime Minister Shinzo Abe, who is hosting the president on four-day state visit full of pageantry.

Standing beside Trump at a news conference after hours of talks, Abe disagreed with the U.S. president, saying the missile tests violated U.N. Security Council resolutions and were “of great regret.”

Abe, who has forged a strong friendship with Trump and agrees with him on many issues, is concerned because the short-range missiles pose a threat to Japan’s security.