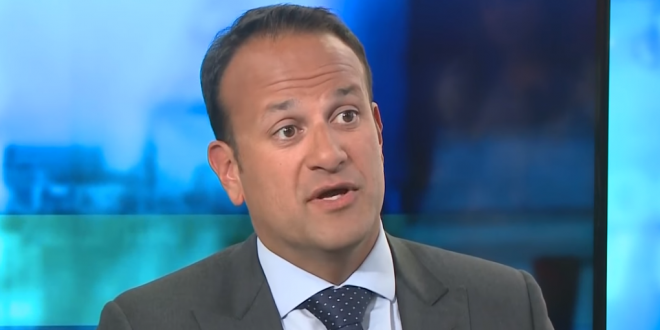 Trump May Cancel Ireland Visit Because He Wants To Meet At His Golf Course, Ireland Wants Neutral Venue

Disagreement over the location of a possible meeting between US president Donald Trump and Taoiseach Leo Varadkar has thrown a potential visit to Co Clare by the president into doubt.

While the Taoiseach’s preference is to meet Mr Trump in Co Clare, Irish officials are reluctant to meet the US president in his golf course in Doonbeg. Instead, the Government has pressed for a meeting in another location, preferably Dromoland Castle, located 50km away.

One White House source told The Irish Times on Thursday that the president was now favouring a visit to Scotland rather than Ireland during his European trip. But sources in Dublin on Thursday said they believed the Irish visit would still go ahead.

Leo Varadkar has said he would not criticize anyone for protesting US president Donald Trump’s visit to Ireland next month. Trump is expected to visit Ireland for a number of days at the beginning of June and protests against his arrival are anticipated. “Peaceful protest is part of a democracy and I would certainly never criticize anyone for taking part in a protest if that’s the way they wish to express their views,” he told the Irish Independent.

“A lot of people have been critical of President Trump, including me on occasion, on issues around climate for example, on his opposition to free trade, on the criticisms he has made of the European Union, and on issues such as women’s rights. I’ll have the opportunity, as I have in the past, to actually raise those issues with him in person but I understand that other people will wish to do so by means of protest and in a democracy protest is allowed and welcome.”

Trump reportedly may cancel a planned trip to Ireland because he wants to meet the Taoiseach at his own private golf course but the Irish want to hold the meeting — surprise! — at a more venue in keeping with diplomatic protocols https://t.co/kOME7RftSE

The Irish govt is right to push back on Trump wanting to use his golf course as the venue for a visit to Ireland.
I covered his trip to Scotland in 2016: held on his golf courses and a naked use of his political campaign to promote his business interests https://t.co/IzdQnd3F4L

Previous Trump On Mayor Pete’s Marriage: I Think It’s Absolutely Fine, I Have No Problem With It Whatsoever [VIDEO]
Next Trump Demands “Long Jail Sentences” For Treason