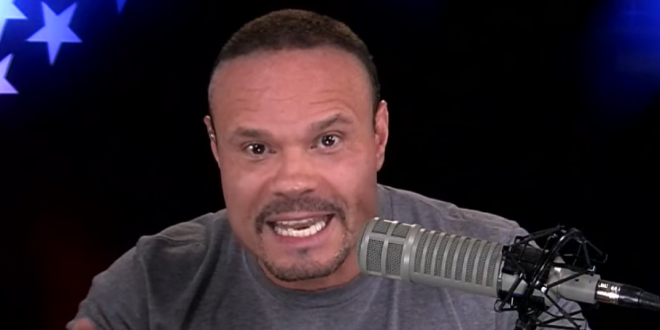 Trump Cultist Dan Bongino Flips Out: I’ll Bet You My Right Arm That Mueller Lied To The American People

“Mueller has said you can’t charge a president with a crime. Why is he saying that? He’s saying that because he wants the liberals and the talking heads, which you’ll see tonight, I guarantee it, you’ll see tonight on TV. He wants the liberals to go out and say, ‘Look, the president clearly committed a crime Mueller laid it out and the only reason he didn’t charge him is because he was the president.’

You may say, ‘Well, Dan, that is what Mueller said, what’s the comeback to that?’ The comeback is very easy–that is not what Bob Mueller told Bill Barr. Either Mueller is lying or Barr is lying. And I will bet you my right arm and I will throw in my left as a bonus, that Bob Mueller just lied to the American people because he was losing the narrative. He is lying. 100%.” – Fox’s Dan Bongino, on his web show.

Bongino recently appeared on JMG for declaring, “My entire life is about owning the libs.” He’s now selling “Own The Libs” t-shirts on his YouTube channel alongside various Alex Jones-style supplements and gun magazine loaders.