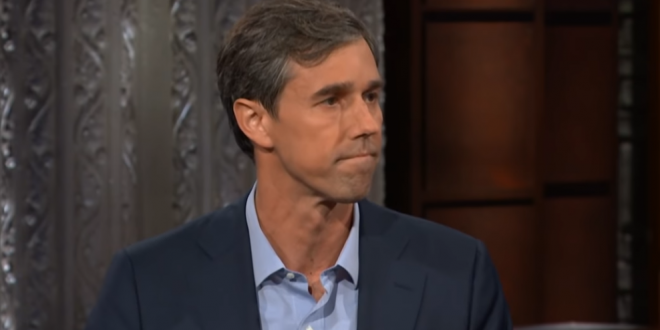 No candidate entered the presidential race with loftier expectations than Beto O’Rourke — or fell back so quickly afterward. Stalled at about 5 percent in national polls, Beto O’Rourke acknowledged recently that he needs to “do a better job” reaching a national audience. When he landed in Iowa this week for his fourth visit to the state, he was met by only a smattering of the press corps that once feasted on everything he said or did.

Yet despite all that, O’Rourke is quietly assembling a robust staff in Iowa, the first-in-the-nation caucus state. His campaign announced Monday that it’s added seven more staffers in early-voting South Carolina. He is offering more detailed policy proposals, eliciting waves of applause at a town hall meeting here Monday. Tonight, he’ll participate in a televised town hall on CNN — his first of the campaign and a big moment in his attempt to regain his charm.

Previous Most Pro-Brexit Twitter Accounts Revealed As Bots
Next Right Wing Activist Dennis Prager: College Will Likely Only Alienate Your Children From America And Jesus