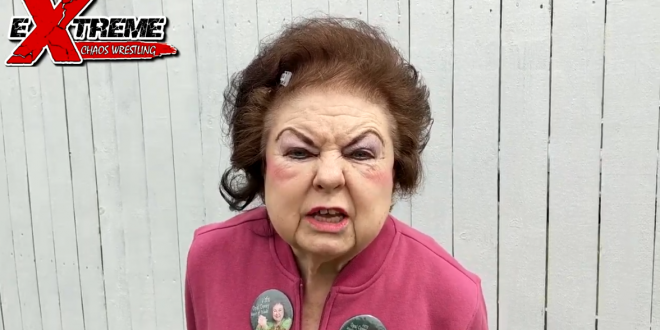 Opal Covey is ready to rumble. Toledo’s self-proclaimed prophetess will step into the world of professional wrestling when she makes an appearance Thursday night for Extreme Chaos Wrestling. The independent promotion is holding its third no-holds-barred event at the Ohio Theatre and Event Center on Lagrange Street, and Ms. Covey has a match.

Advertising from the promotion says Ms. Covey is taking on a “mystery opponent.” Extreme Chaos owner and founder Adam Larry said the recurring Toledo mayoral candidate was receptive to the idea after a little convincing. “My message is fight, fight, fight to win, and I have won,” Ms. Covey said.

“Wrestling is not my top sport, but I know sometimes it takes wrestling [to win], even in the word of the Lord. Jacob wrestled. So even the Lord knows we’re wrestling. I have wrestled for 41 years with this city. I don’t give up and there’s nothing too hard for me to do.”

As you may recall, every time Ms. Covey loses the mayoral election, she declares that God will destroy Toledo because each win was “stolen” from her. As you’ll see in the promo clip below, she continues to maintain that “bums” stole every election.