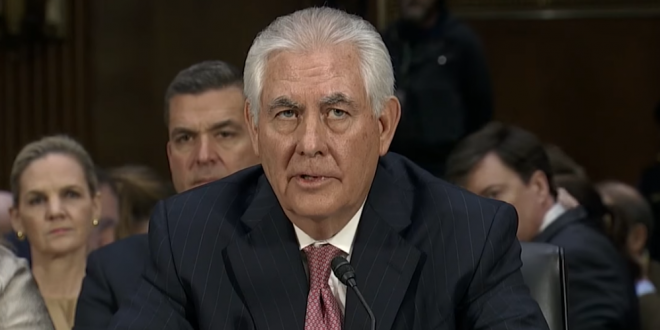 Former secretary of state Rex Tillerson told members of the House Foreign Affairs Committee that Russian President Vladimir Putin out-prepared President Trump during a key meeting in Germany, putting the U.S. leader at a disadvantage during their first series of tête-à-têtes.

The U.S. side anticipated a shorter meeting for exchanging courtesies, but it ballooned into a globe-spanning two-hour-plus session involving deliberations on a variety of geopolitical issues, said committee aides, who like others spoke on the condition of anonymity to discuss Tillerson’s seven-hour closed meeting with the committee.

“We spent a lot of time in the conversation talking about how Putin seized every opportunity to push what he wanted,” a committee aide said. “There was a discrepancy in preparation, and it created an unequal footing.”

Tillerson refrained from openly disparaging the president but that the former secretary of State’s inability to answer some questions was revealing. In one exchange, Tillerson reportedly said he and Trump “shared a common goal: to secure and advance America’s place in the world and to promote and protect American values.”

When pressed, Tillerson clarified that although he and the president shared the same goal, they did not share the same “value system,” according to the Post. When asked to describe Trump’s values, Tillerson said, “I cannot,” according to an aide.

Rex Tillerson, a man who is “dumb as a rock” and totally ill prepared and ill equipped to be Secretary of State, made up a story (he got fired) that I was out-prepared by Vladimir Putin at a meeting in Hamburg, Germany. I don’t think Putin would agree. Look how the U.S. is doing!

Previous Trump Wails: I Totally Did Not Have A Temper Tantrum
Next Leaked Chats Reveal Violent Plans By Proud Boys