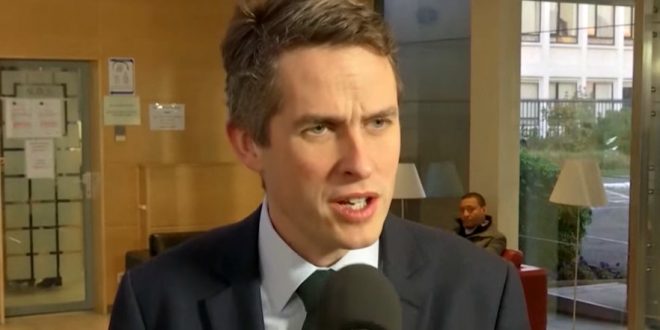 Gavin Williamson has been sacked as defence secretary following an inquiry into the leak of information from the National Security Council. Downing Street said the PM had “lost confidence in his ability to serve” and Penny Mordaunt will take on the role.

The inquiry followed reports over a plan to allow Huawei limited access to help build the UK’s new 5G network. Mr Williamson, who has been defence secretary since 2017, continues to deny leaking the information.

The inquiry into the National Security Council leak began after a Daily Telegraph report on warnings within cabinet about possible risks to national security over a deal with Huawei.

Previous White House Paid Mar-A-Lago Bar Tab After Trump Crew Helped Themselves To $1000 Worth Of Top Shelf Booze
Next Pastor Robert Jeffress: We Lost The Battle On Marriage But We Can Still Rescue Homosexuals From Deception