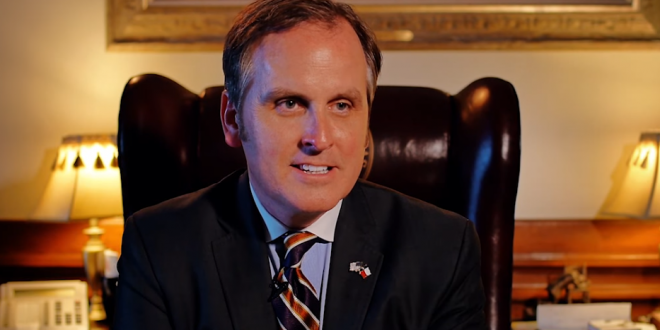 Over the tearful opposition of the Legislature’s first-ever LGBTQ Caucus and several failed attempts at a procedural block, the Texas House passed a religious liberty bill Monday that LGBTQ advocates fear would license discrimination against their communities.

When the lower chamber first considered the bill just over a week ago, the LGBTQ Caucus torpedoed it with a procedural move. This time, an attempt to do the same failed, as did emotional exhortations from the five women who make up the caucus.

After two hours of debate, Senate Bill 1978 — which prohibits government entities from punishing individuals or organizations for their “membership in, affiliation with, or contribution … to a religious organization” — passed on a nearly party-line vote, 79-62.

Democrats say the bill invites discrimination. The bill as amended creates virtually no change in Texas law, and is wholly unnecessary, according to Equality Texas.

“Senate Bill 1978 has one aim only: to undermine LGBTQ equality and promote anti-LGBTQ messages. This bill is a ‘dog whistle’ to encourage discrimination against LGBTQ Texans, and advances messages that hurt the LGBTQ community,” said Samantha Smoot, Interim Executive Director of Equality Texas.“

Republicans pressed quickly getting what they call new religious liberty protection on Gov. Greg Abbott’s desk. SB 1978 now moves to his desk, where he is expected to sign the bill into law.

As put forth (and amended) by Sen. Bryan Hughes [photo above], SB 1978 seeks to put into law protections for people and businesses who’ve donated to or are affiliated with a religious organization from being penalized by city or government officials for that relationship even if the organization is known to discriminate against the LGBTQ community or others. Its momentum grew when San Antonio’s City Council blocked Chick-fil-A from opening an airport location due to its longstanding anti-LGBTQ connections.

Proud to stand as an ally w my colleagues in the @txlgbtqcaucus against the discriminatory #SB1978 https://t.co/hbfzU0eTTF pic.twitter.com/EKhIYdvJK2

The Left is fond of saying “Y’all Means All” as they argue for special protections for LGBTQ people. Its become apparent to us that “All” must not include Christians.#SB1978 #Txlege #savechickfilA pic.twitter.com/4BeJILhoJn

Nearly all of the Democrats gather around @RepMaryGonzalez as she speaks against #SB1978. Dems say this bill will prevent cities from taking actions against or choosing not to work with people who support groups that discriminate against LGBTQ Texans. #TXLege pic.twitter.com/XadRQMGzVv

Because this is the Texas Legislature, the “Chick-Fil-A” bill passes the House (as indicated by the green votes). Take a look and see who voted for bigotry. #SB1978 pic.twitter.com/6TOu1RwHD5