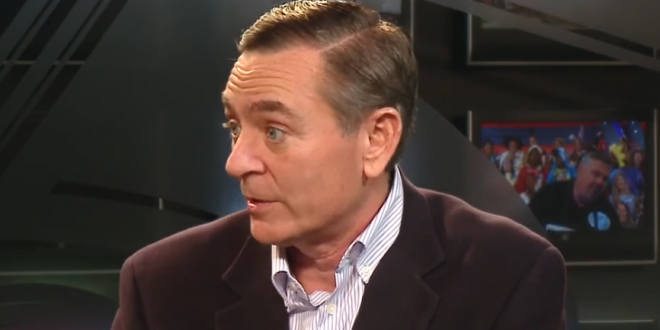 House Speaker Glen Casada said Tuesday he will not resign from his leadership position, despite participating in sexually charged text messages with his now former chief of staff.

Speaking to WTN’s Brian Wilson, the Franklin Republican said he had no intentions to step down, adding, “I’m sorry that I did it and I’m embarrassed that I did it.”

Cothren and Casada are also involved in a bizarre saga in which they allegedly framed black student activist Justin Jones for violating a no contact order and doctoring an email supposedly sent by Jones.

“You have some of the most powerful people in this state who are willing to file a false report and to file a false paperwork and to manipulate paperwork to take your freedom away,” Jones told News Channel 5. “That’s something that’s scary.”

Exhibit 2: @NC5 provided this image to @GlenCasada chief of staff Cade Cothren to give him a chance to respond. He has not responded. pic.twitter.com/qZbdViKBsU

Exhibit 3: @NC5 provided this image to @GlenCasada chief of staff Cade Cothren to give him a chance to respond. He has not responded. pic.twitter.com/f7oMh5a4xG

Exhibit 4: A text exchange with @GlenCasada himself about deployment of field operatives to districts. Both Casada and Cothren were given a chance to respond. Neither did. pic.twitter.com/NQhzjWyYNo

Updated with statement from @GlenCasada – and suddenly discovered emails https://t.co/p8rdvNslyh

Now it’s time for Speaker Casada to do the same. https://t.co/MawwcS1Vn2