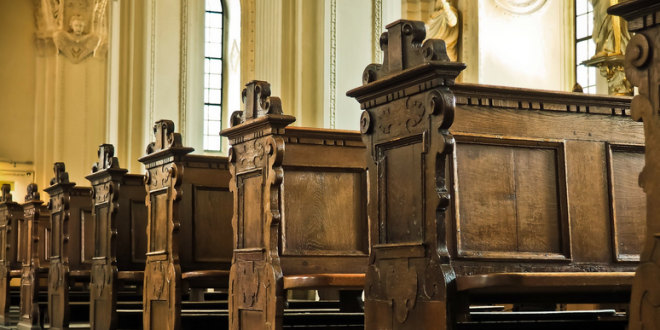 From a new report by Pew Research:

Gay, lesbian and bisexual adults are substantially less likely than straight adults to affiliate with a religious group. Four-in-ten (41%) identify as atheist, agnostic or “nothing in particular,” compared with just 22% of straight adults who say the same.

The survey asked respondents whether they identify as lesbian, gay, bisexual or straight but did not ask about other identities related to gender and sexuality.

A similar dynamic is at work when it comes to religious service attendance, which is one of the most standard measures of religious participation. About two-in-ten bisexuals (19%) and 16% of lesbian and gay Americans say they attend religious services weekly. By comparison, 36% of straight adults attend a house of worship regularly.

In most reports about those that are unaffiliated with any religion, they are referred to as “nones.” A separate survey released in March shows that there are now as many “nones” as Catholics and evangelicals. 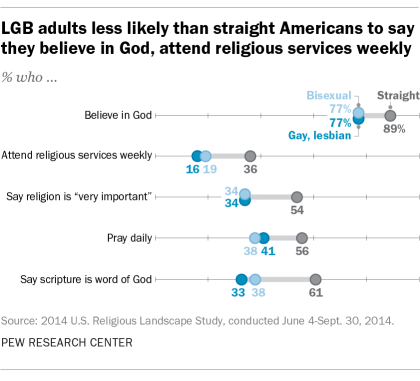 The 2018 GSS was just released and there's some big news. Those of "no religion" (23.1%) are statistically the same size as evangelicals (22.8%). There was also a small resurgence of mainline Protestants, while Catholics are down 3% in the last four years. pic.twitter.com/uiyDSe7M6f

Previous Chuck Todd To Sanders: Why Is Trump Siding With A Murderous Dictator Over A Former US Vice President?
Next Liz Cheney Echoes Trump On FBI’s “Treason” [VIDEO]