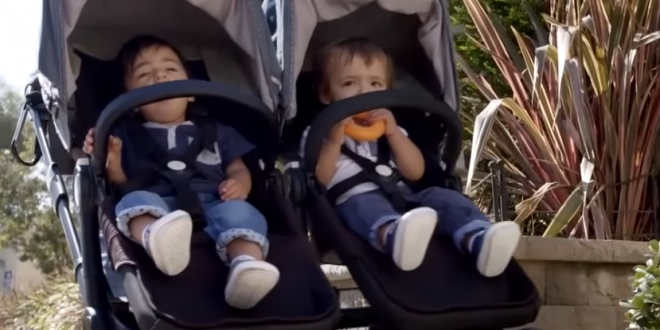 Via press release from Immigration Equality:

Yesterday, the U.S. State Department appealed the decision of a California federal district court that recognized the birthright citizenship of Ethan Dvash-Banks, the child of a same-sex bi-national couple. The government refuses to recognize the validity of Andrew and Elad Dvash-Banks’ marriage, and continues to defend its discriminatory policy, which conditions the recognition of birthright citizenship on a biological link to a U.S. citizen parent.

Andrew Dvash-Banks, a U.S. citizen, and Elad Dvash-Banks, an Israeli citizen, had twin sons via surrogacy. However, the State Department only recognized Aiden’s citizenship because of his biological connection to Andrew, and denied Ethan’s. Immigration Equality challenged the decision on behalf of the family, and the district court determined that as a child born to a married U.S. citizen parent, Ethan Dvash-Banks was entitled to birthright citizenship. Learn more about the Dvash-Banks family here.

Aaron C. Morris, Executive Director of Immigration Equality, said, “Once again, the State Department is refusing to recognize Andrew and Elad’s rights as a married couple. The government’s decision to try to strip Ethan of his citizenship is unconstitutional, discriminatory, and morally reprehensible. This is settled law in the Ninth Circuit, which has already established that citizenship may pass from a married parent to a child regardless of whether or not they have a biological relationship.”

From my initial report on the case:

Each boy was conceived with donor eggs and the sperm from a different father — one an American, the other an Israeli citizen — but born by the same surrogate mother minutes apart. The government had only granted citizenship to Aiden, who DNA tests showed was the biological son of Andrew, a U.S. citizen. Ethan was conceived from the sperm of Elad Dvash-Banks, an Israeli citizen.

Previous White House Claims Trump Was Only Joking About Two Extra Years To Replace Those “Stolen” By Mueller Probe
Next FBI Director Pushes Back On Bill Barr’s “Spying” Claim: I Don’t Have “Any Evidence” Of Illegal Surveillance