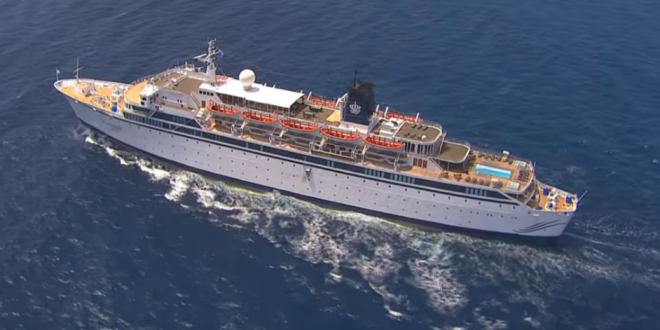 A cruise ship that had been quarantined this week in St. Lucia over a measles scare has set sail for Curacao maritime tracking records showed. The vessel, which St. Lucia Coast Guard Sgt. Victor Theodore said is named Freewinds, left St. Lucia at 11:18 p.m. Thursday.

The shop is expected to pull into Willemstad port in Curacao, almost 500 nautical miles west, at 6 a.m. local time on Saturday, according to the site MarineTraffic said.

The ship’s doctor requested 100 doses of the measles vaccine, according to a statement from the St. Lucia Department of Health and Wellness, “and this is currently being provided from our supplies, at no cost.”

One case of measles had been confirmed on the ship, which had been docked in port near the capital, Castries, since Tuesday, Dr Merlene Frederick-James, St Lucia’s chief medical officer, said in a video statement.

“The confirmed case as well as other crew members are presently stable, but remain under surveillance by the ship’s doctor,” she said, noting that the incubation period of measles is 10 to 12 days before symptoms appear.

Church of Scientology cruise ship that was quarantined in St. Lucia's has departed https://t.co/6ct7G1BTKU

Previous Cohen Due To Report To “Cushy” Prison On Monday
Next Hypocrisy Explosion: White House Attacks Pelosi, Says Calling Barr A Liar “Inappropriate, Beneath Her Office”