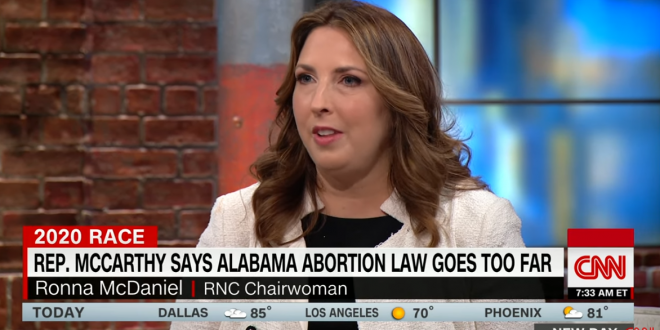 Republican National Committee Chairwoman Ronna McDaniel said Friday that she personally opposes provisions in the new Alabama law that outlaws virtually all abortions, even in cases of rape and incest, but defended the range of views on abortion within her party.

“Personally, I would have the exceptions,” McDaniel said during an interview on CNN. “That’s my personal belief. But we are a party that is a broad tent. If you agree with us 80 percent of the time, I want you to be a Republican. We don’t have a litmus test as to whether you can belong to our party.”