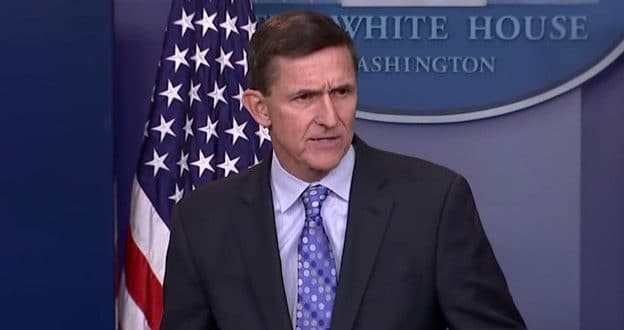 Former national security adviser Michael Flynn told investigators that people linked to the Trump administration and Congress reached out to him in an effort to interfere in the Russia probe, according to newly-unredacted court papers filed Thursday.

The communications could have “affected both his willingness to cooperate and the completeness of that cooperation,” special counsel Robert Mueller wrote in the court filings. Flynn even provided a voicemail recording of one such communication, the court papers say. “In some instances, the (special counsel’s office) was unaware of the outreach until being alerted to it by the defendant,” Mueller wrote.

No other details were provided in the filing, but the Mueller report noted that President Donald Trump’s personal lawyer left a voicemail message for Flynn in late November 2017 that addressed the possibility of him cooperating with the government.

BREAKING / NBC News: Ret. Lt. Gen. Michael Flynn told Special Counsel Mueller’s Office about efforts to interfere “both before and after his guilty plea, where either he or his attorneys received communication from persons connected to the Administration or Congress…” (1/2)

MORE: “….that could have affected both his willingness to cooperate and the completeness of that cooperation.” (2/2)

BREAKING: @Tom_Winter brings #MTPDaily the breaking news that Michael Flynn told the Special Counsel about efforts to interfere in the investigation. #MTPDaily pic.twitter.com/nZAUJnI9a0

When you hear Michael Flynn has recordings of “a member of Congress” trying to obstruct justice for Trump. pic.twitter.com/PKOSHLynWf