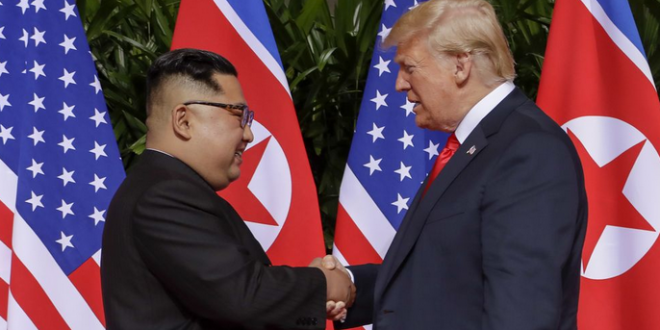 Mike Pompeo has said the US is attempting to check reports that a senior North Korean official involved in Pyongyang’s nuclear negotiations with Washington had been executed.

“We’ve seen the reporting to which you are referring,” the US secretary of state told a news conference in Berlin in answer to a question. “We’re doing our best to check it out. I don’t have anything else to add to that today.”

Earlier on Friday, a South Korean newspaper reported that Kim Hyok-chol, the North’s special envoy to the US, had been executed over the failure of the recent summit between the North Korean leader, Kim Jong-un, and Donald Trump.

Kim Hyok Chol was executed by firing squad in March along with four other foreign ministry officials, the paper reported, citing an unidentified North Korean source. Kim has presided over high-profile purges since taking over as North Korea’s leader in 2011. Kim’s uncle, Jang Song Thaek, at the time North Korea’s second most powerful man, was convicted of treason and executed in late 2013. And Rodong Sinmun, a North Korean newspaper, appeared to indirectly refer to the purge on Thursday.

“Acting like one is revering the leader but dreaming of something else when one turns around, is an anti-party, anti-revolutionary act that has thrown away the moral fidelity towards the leader and such people will not avoid the stern judgment of the revolution,” the paper said. “There are traitors and turncoats who only memorize words of loyalty towards the leader and even change according to the trend of the time.”

Previous Bill Barr: Mueller Should Have Decided On Obstruction
Next Pelosi To Kimmel: Trump “Wants Us To Impeach Him”