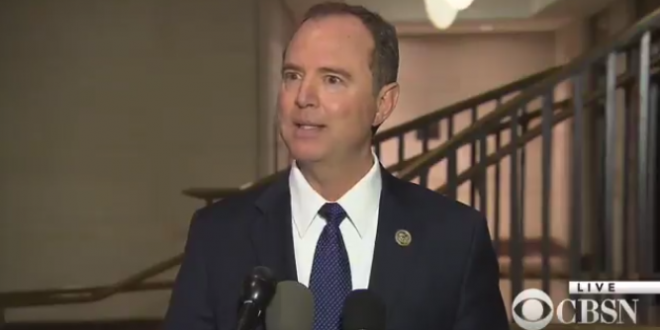 “I think his statement is deliberately false and misleading, and yes, most people would consider that to be a lie,” Schiff said on CBS This Morning.

“Look, there’s no sugar coating this, I think he should step down. It’s hard, I think, for the country to have confidence in the top law enforcement official in the country if he’s asked a direct question as he was and he gives a directly false answer, so this is serious business.”

“After two years and work and investigation implicating the president of the United States, for the attorney general to mislead the public for an entire month before releasing that report is inexcusable.”

Q: Did the Attorney General lie to Congress?

“I think his statement is deliberately false and misleading.” — @RepAdamSchiff pic.twitter.com/TmTOqW45hT