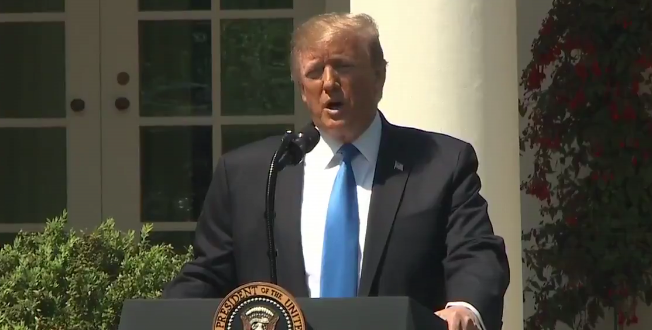 A 51-year-old Brooklyn man who threatened to murder a sitting U.S. Senator for their criticism of President Donald Trump pleaded guilty on Friday, meaning he now faces up to 10 years behind bars.

Michael Brogan, ostensibly a pro-life man, was accused of threatening to kill an unidentified U.S. Senator “in retaliation for the United States Senator’s criticism of [President Trump] and the Senator’s position concerning reproductive rights.”

From the voicemail left by “pro-life” Brogan:

You listen carefully. Stupid ass excuse. You call yourself a Senator, you’re a piece of shit. You are an absolute piece of shit, Senator. Senator, and I put that in quotation marks…you’re a fucking phony. You watch your ass cause I [unintelligible], I’m going to put a bullet in ya.

When I’m in D.C. and you’re there, I got your fucking mark you stupid bitch. You and your constant lambasting of President Trump. Oh, and reproductive rights, reproductive rights. You know what? I’m cursing and I’m in sin because of people like you, ok? Cause I value the God given right to life.

You are alive. You should thank our lord and savior Jesus Christ that you are alive. If I saw you, I’d snuff your stupid fucking ass. I’d put a fucking bullet in you. You watch your ass. If I see you on the streets, I’m gonna fucking light you up with fucking bullets.