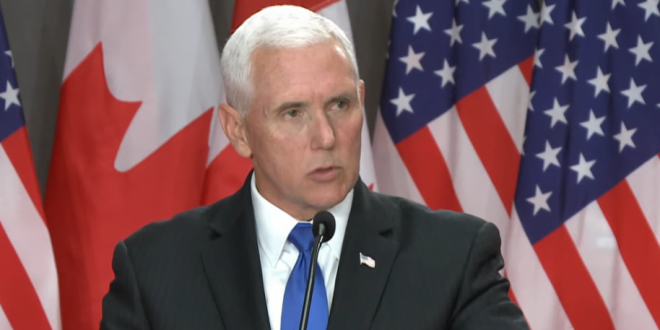 Speaking alongside Canadian Prime Minister Justin Trudeau during their talks Thursday in Canada, Pence said that while he appreciated the ability to speak candidly with Trudeau, he was “very proud to be part of a pro-life administration.”

Pence said he was troubled by what he called “the Democratic party in our country, and leaders around the country, supporting late-term abortion, even infanticide.”

Previous Philippines President: I Was Gay But I Cured Myself
Next Bill Barr: Mueller Should Have Decided On Obstruction