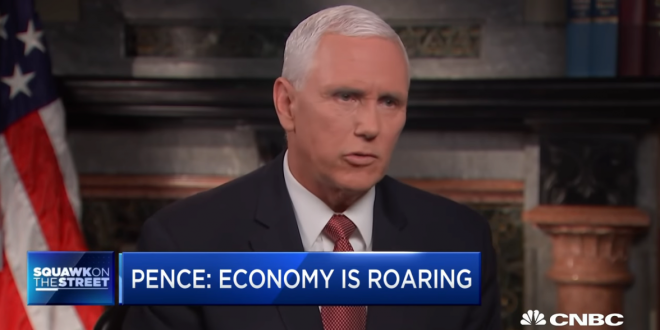 In an interview with CNBC’s Eamon Javers, Pence took multiple shots at his vice presidential predecessor, the frontrunner among more than 20 Democratic candidates, while contrasting their goals with Trump’s legislative agenda.

“I think the choice that we face in this country today is a choice between freedom and socialism,” Pence said in the interview in his office. The vice president touted Trump as an advocate for policies including lower taxes and regulations and “better fair trade deals.”