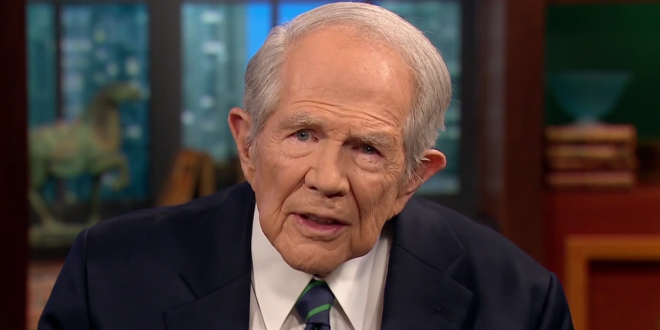 Pat Robertson: God Will Destroy America If Equality Act Passes (Just Like He Did After Same-Sex Marriage)

“This is a devastating blow to religious freedom and to the sanctity of America. If you want to bring the judgment of God on this nation, you just keep this stuff up. You know, I was reading in Leviticus where it said, ‘Because of these things, the land will vomit you out.’ Vomit you out. I think God will say, ‘I’ve had it with America, if you do this kind of stuff, I’m going to get rid of you as a nation.’

For those of you keeping track, Robertson also predicted that God would destroy America upon the legalization of same-sex marriage. And Orlando because of Disney’s Gay Days. And on and on and on.