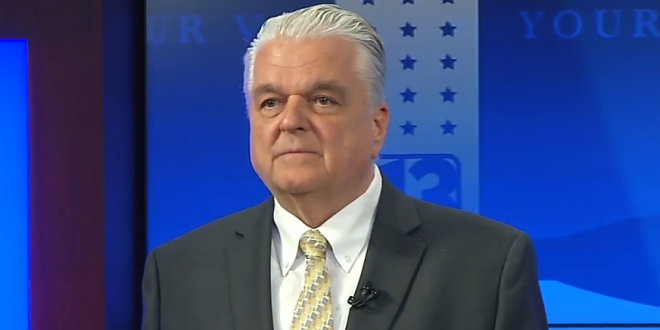 The bill, SB 97, was sponsored by the Senate Committee on Judiciary on behalf of the Nevada Youth Legislature and bans the “gay panic” or “trans panic” defense, which attempts to reduce sentences for alleged criminals by arguing that their violent actions were provoked or justified because their knowledge of the victim’s sexual orientation or gender identity created reasonable fear for their safety or well-being.

While uncommon, such defenses have been used in several high-profile hate crimes of murders of members of the LGBTQ community. One study shows it has surfaced in about half of all U.S. states and has been used with some success.

California, Rhode Island and Illinois have already banned the defense tactic, but the defense is still theoretically available in federal court. Similar legislation has been introduced in New Jersey, Washington State, New York, Georgia, Minnesota, Pennsylvania, and the District of Columbia.

Elected in November 2018, Sisolak is the first Democrat to win Nevada’s gubernatorial race since 1994.

BREAKING: #NVGov @SteveSisolak signs #SB97, which bans the discriminatory use of a victim’s LGBTQ identity as a potential defense for violent crimes. Thank you Nevada Youth Legislature for making this victory possible. #NVLeg https://t.co/ROp6IdTVBx