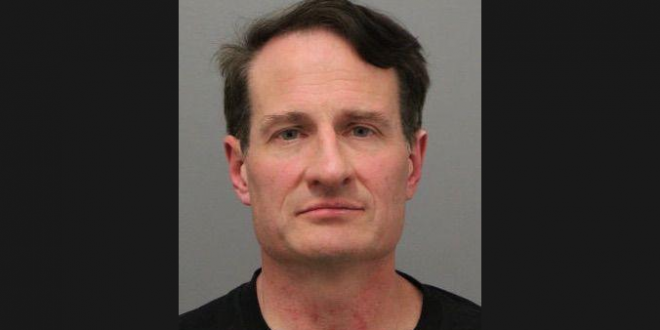 The leader of a right-wing militia known as the Stevens County Assembly will soon travel from West Virginia to Washington State — in law enforcement custody, accused of posing as a member of a Mexican drug cartel and extorting his fellow militiamen, according to a colorful set of court documents obtained by TPM.

The Bluefield, West Virginia Daily Telegraph reported Thursday that James Russell Bolton Jr. waived his right to an extradition hearing earlier in the day, after being arrested Monday at his parents’ home in Princeton, West Virginia.

Bolton ran an unsuccessful write-in campaign to lead the Stevens County Sheriff’s Office in 2010, finishing last in a four-way primary with about 13 percent of the vote. He had the endorsement of Richard Mack, the former sheriff of Graham County, Arizona, who became a prominent right-wing activist in the 1990s when the National Rifle Association recruited him to sue the federal government over new gun restrictions.

In recent years, Bolton has led a militia group called the Stevens County Assembly. Archived versions of the group’s now-defunct website describe the group as “a volunteer, independent body of God-fearing American citizens” that sought to “protect family and property” and “secure real American communities during the present insurgent political and social changes.”

The foreboding letter was signed by a man calling himself “Alessio Don De Grande.” Pointedly referencing his membership in a shadowy criminal enterprise, he demanded $250,000 in cash within 15 days. The couple in eastern Washington state who found the typed, two-page missive on their car windshield on Feb. 28 were informed they would be killed and their property would be seized if they didn’t pay up. Their daughter and her family in California could expect a none-too-friendly visit, too, the note said.

It was one of several threatening letters that members of a right-wing militia group in Stevens County, Wash., would report receiving that month. De Grande, whose name was signed at the bottom of each, claimed to be involved with a mysterious group based outside the United States, and heavily insinuated that it was a Mexican cartel. But in reality, authorities now say, the sender was James “Russell” Bolton, the militia’s own leader.

Previous Pentagon Shifts $1.5B In Funds To Border Wall Project
Next Billionaire West Virginia Gov Who Switched Parties For Trump Rarely Shows Up At Statehouse, His Critics Say