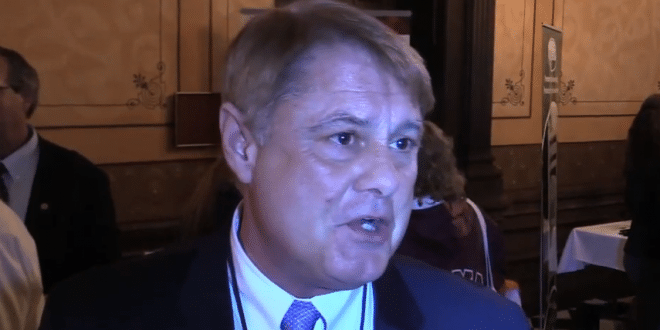 House Speaker Lee Chatfield, R-Levering, called on Inman on Wednesday to resign his seat, though Inman said he has no intention of doing so. Inman is charged with attempted extortion, soliciting a bribe, and making a false statement to the FBI and could face up to 20 years in prison if convicted on the most serious charge.

“Specifically, Inman is accused of soliciting money via text messages he sent between June 3-5, 2018, to a labor union, the Michigan Regional Council of Carpenters and Millwrights (MRCCM), in exchange for voting ‘no’ on the 2018 legislative initiative petition to repeal Michigan’s prevailing wage law,” the indictment says.

The wage law, which was repealed following the 2018 vote, regulated the aspects of pay and benefits for workers involved with state construction projects.

MRCCM had made political contributions to Inman in the past. The indictment included additional messages that were allegedly sent by Inman to the labor union representative. Inman eventually ended up voting in favor of the repeal and, according to the indictment.

Previous AOC Tears Into Gilead CEO: Why Does Truvada Cost Almost $2000/Month Here When It’s $8 In Australia?
Next BRITAIN: Boris Johnson To Run For Prime Minister