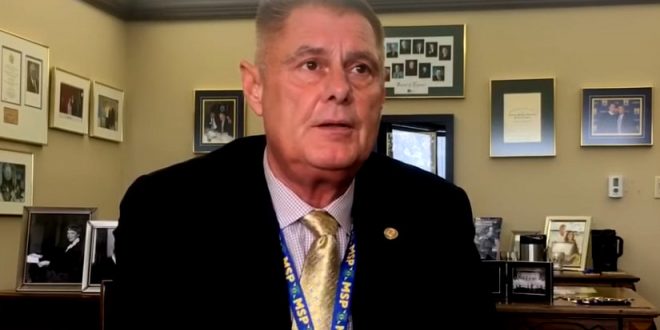 State Rep. Larry Inman said he probably should have picked up the phone and called labor union representatives instead of sending texts that would later be part of a federal indictment alleging he solicited bribes.

Inman, R-Traverse City, was indicted May 15 by federal prosecutors for attempted extortion, bribery and lying to an FBI agent. The indictment set off bipartisan calls for Inman’s resignation, but the second-term Republican insists the whole situation — “just talking from one friend to another” — is a misunderstanding.

“I was never a texter,” Inman told MLive. “If I had something to say, I would either call them — and that’s what I should have done in the long run, because texts can be misinterpreted.”

As you’ll see at the link, it appears that Inman texted a demand for $30,000 in campaign donations for himself and 11 other lawmakers or he would vote for repealing a wage law. He allegedly added, “We never had this discussion.”

Previous Scammers Target Followers Of Texas Scamvangelical
Next Liberty Counsel: The Eight Republicans Who Just Voted For The Equality Act Don’t “Deserve To Be In Congress”