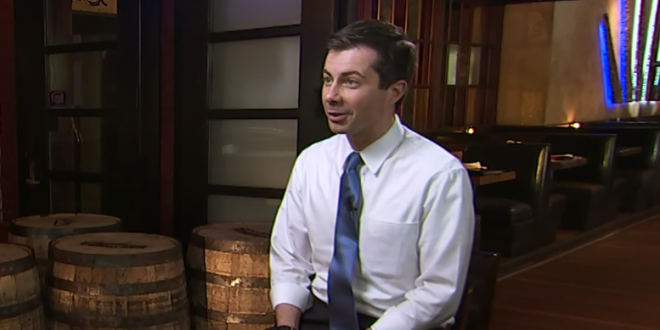 Mayor Pete: I Can’t Imagine God Is A Republican

South Bend Mayor Pete Buttigieg has made clear throughout his upstart 2020 presidential bid that he believes Democrats should embrace religion and decry those who try to suggest God belongs to one political party or another.

But in an interview with NBC’s Today Show that aired on Tuesday, Buttigieg suggested that if God did have a political affiliation, it wouldn’t “be the one that sent the current president into the White House.”

Buttigieg told NBC that he talks about religion in an effort to convince people to “stop seeing religion as a kind of cudgel as if God belonged to a political party.” The mayor immediately followed up that comment by adding, “And if he did, I can’t imagine it would be the one that sent the current president into the White House.”

Watch @PeteButtigieg’s full interview with @craigmelvin about his sudden rise as a contender in the 2020 presidential race, his husband and his faith. pic.twitter.com/e8hLVmhvbh