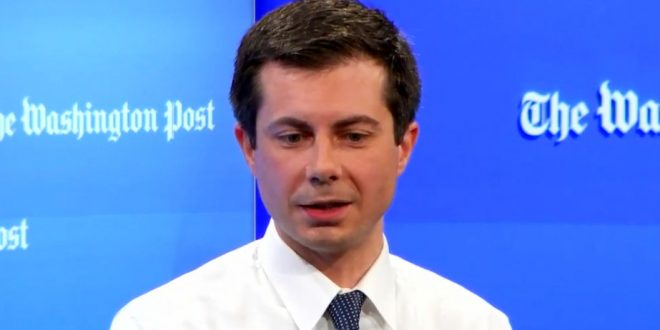 South Bend Mayor Pete Buttigieg on Thursday likened his approach to taking on President Donald Trump to dealing with a “crazy uncle.” “It’s almost like a sort of crazy uncle management,” he said. “Like, he’s there. You’re not going to disrespect his humanity. But he thinks what he thinks. There’s not much you can do about it.”

He later added that he has a “pretty dim view” of Trump’s decision to “use his privileged status to fake a disability in order to avoid serving in Vietnam.” The president was granted five draft deferments — four for college and one for bone spurs in his heel — and never served in the military.

“This is somebody who, I think it’s fairly obvious to most of us, took advantage of the fact that he was the child of a multimillionaire in order to pretend to be disabled so that somebody could go to war in his place,” Buttigieg said.

As Buttigieg works to increase his appeal to black voters, he blasted Trump on Thursday for what he described as “the racism that is emanating from this White House.” Asked whether Trump is a racist, Buttigieg said, “I think so.”