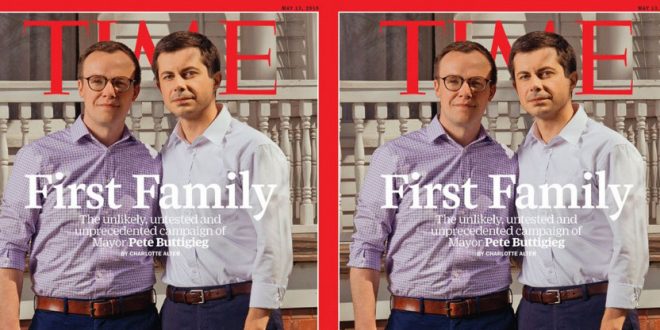 An excerpt from Time‘s cover story:

To some Americans, Buttigieg may just be the man to vanquish America’s demons. In a field of more than 20 ­candidates­—including six Senators, four Congressmen, two governors and a former Vice ­President—Buttigieg (pronounced Boot-edge-edge) has vaulted from near total obscurity toward the front of the Democratic pack, running ahead of or even with more established candidates and behind only Joe Biden and Bernie Sanders.

Buttigieg is a gay Episcopalian veteran in a party torn between identity politics and heartland appeals. He’s also a fresh face in a year when millennials are poised to become the largest eligible voting bloc. Many Democrats are hungry for generational change, and the two front runners are more than twice his age. But Buttigieg’s greatest political asset may be his ear for languages. He speaks eight, including Norwegian and Arabic, but he’s particularly fluent in the dialect of the neglected industrial Midwest.