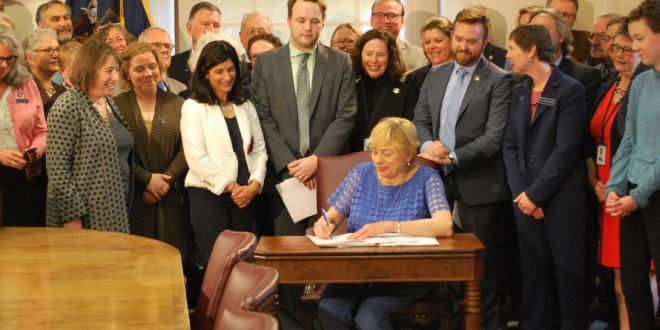 Maine’s governor, Janet Mills, put her support behind a bill to ban so-called gay conversion therapy for minors, signing it into law Wednesday. The bill, LD 1025, advanced in Maine’s House and Senate in early May and has held bipartisan support before it reached Gov. Mills for her signature on May 29. Several lawmakers turned up for the signing of the bill into law Wednesday morning. Conversion therapy has been viewed by many mental health professionals as unethical and ineffective.

The @GovJanetMills signed into law LD 1025 an act to prohibit the provisions of conversion therapy to minors by certain licensed professionals. @newscentermaine pic.twitter.com/kVaSUH9X4v

Today I signed into law a bill banning conversion therapy, a widely-discredited practice that has no place in Maine. Today, we send an unequivocal message to young LGBTQ people: we stand with you, we support you, and we will always defend your right to be who you are. pic.twitter.com/heInzibvFJ

Previous Mueller: If We Had Confidence That Trump Had Not Committed A Crime, We Would Have Said So [VIDEO]
Next Trump: “Insufficient Evidence, Therefore I’m Innocent”