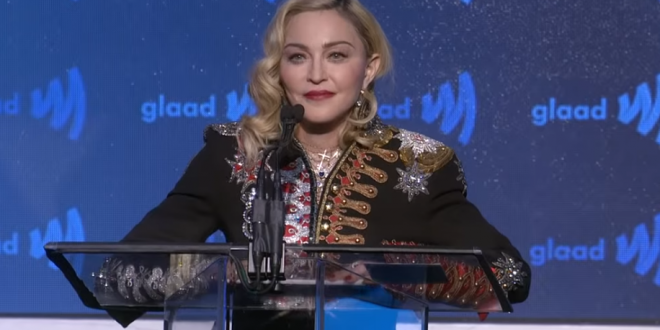 “I’ll never stop playing music to suit someone’s political agenda nor will I stop speaking out against violations of human rights wherever in the world they may be. My heart breaks every time I hear about the innocent lives that are lost in this region and the violence that is so often perpetuated to suit the political goals of people who benefit from this ancient conflict. I hope and pray that we will soon break free from this terrible cycle of destruction and create a new path towards peace.” – Madonna, responding to pro-Palestinian critics of this weekend’s performance at the Eurovision finals in Tel Aviv.

Israel’s entry won last year (video below), earning them hosting duties this year. The 2018 finals drew an estimated 200 million viewers worldwide. Last week Madonna announced dates for her Madame X tour, which bears the same name as the album due to be released next month.