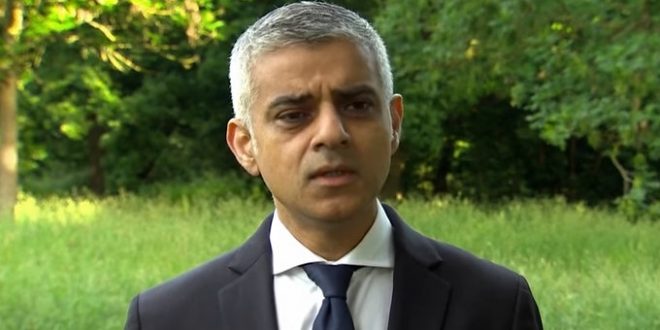 London Mayor: PM Should Call Out Trump During State Visit, He’s Not In The Same Class As His Predecessors

Theresa May should “call out” Donald Trump on issues where she thinks he is “wrong” during his visit to the UK, London Mayor Sadiq Khan has said. In an interview with LBC, the Labour politician said the US and UK were “closest mates” with a “special relationship” that allowed frank talk.

In May 2016 Mr Trump challenged the newly elected London mayor to an IQ test, after Mr Khan said his views on Islam were “ignorant”. Following the attack on London Bridge and Borough market in 2017, the US president accused Mr Khan of “pathetic” behaviour.

Foreign leaders such as German Chancellor Angela Merkel and former US President Barack Obama have been invited to address Parliament, but it is not yet clear whether President Trump will be given the same opportunity. The speakers of the House of Commons and Lords plus the Lord Great Chamberlain have the power to invite.

Ahead of President Trump’s state visit to Britain on June 3, London Mayor Sadiq Khan says he believes the U.S. leader is not “in the same class” as his predecessors and is not worthy of the honor.

“Of course we should have a close relationship with the president of the United States, but we shouldn’t be rolling out the red carpet; we shouldn’t have a state banquet,” Khan said Friday, during an interview with LBC, a British talk-radio station.

“History tells us only two presidents have had a state visit,” Khan said. “President Trump is not in the same class as those two.”