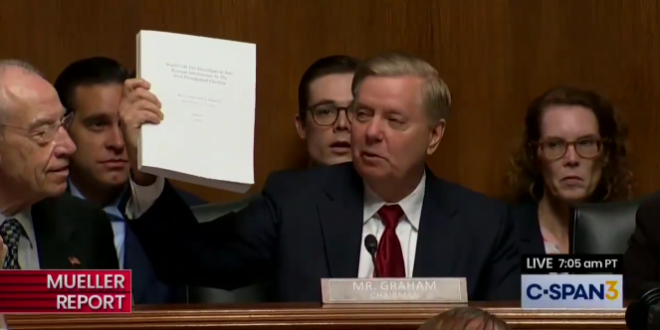 “Trump is a fucking idiot,” Graham read to a live national audience. Then he apologized to any children that might be watching. Graham went on to rant about Hillary’s emails and her server, because of course he did.

If Twitter does as Twitter is wont to do, Graham’s F-word quote will feature heavily from now until election day. For today, enjoy the loop below.

.@LindseyGrahamSC just lied to the nation when he said the Mueller report found there was “no collusion.” Not true.

.@LindseyGrahamSC begins the hearing with a self-own, admits he hasn’t read the whole Mueller report pic.twitter.com/6CLDARzlB6