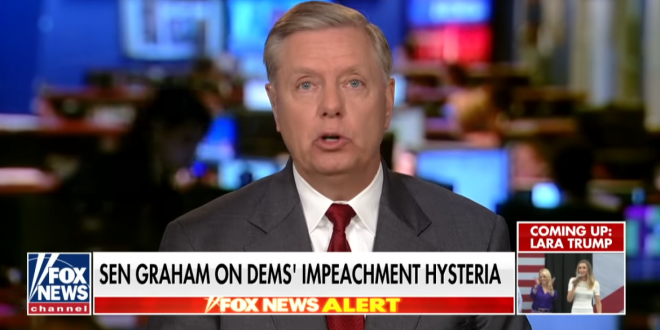 Lindsey Graham: This Has Been A Political Rectal Exam

“You can say it anyway you like, but here’s the bottom line: After two years of a political rectal exam, nobody has been looked at more than Trump,” Graham said during an interview with Fox News host Sean Hannity.

“This is just political revenge,” the Republican senator continued. “It is going to blow up in their face, and I can’t wait until 2020.”