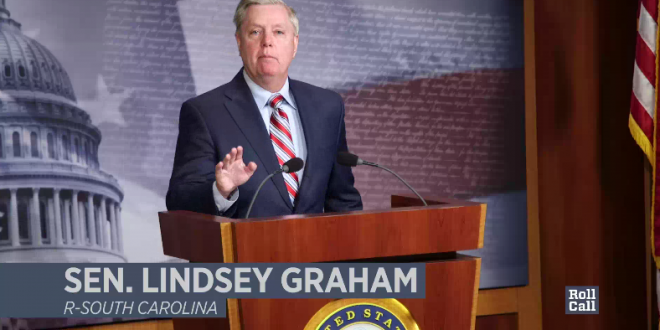 The head of the Senate Judiciary Committee encouraged Donald Trump Jr. to invoke his right against self-incrimination and refuse to answer questions from the Senate Intelligence Committee if he complies with the panel’s subpoena for a second closed-door interview.

“You just show up and plead the Fifth and it’s over with,” Sen. Lindsey O. Graham (R-S.C.) told reporters Monday night, adding that Trump Jr.’s lawyer would “have to be an idiot” to let him testify again. “This whole thing is nuts,” Graham continued. “To me, it’s over.”

Graham’s comments, which come just a day after he said on Fox News that Trump Jr. should ignore the summons, could serve as a temporary off-ramp in the standoff between the Intelligence Committee, led by Sen. Richard Burr (R-N.C.), and GOP senators either aligned with the president or up for reelection in 2020.

Previous White House Reviews Military Plans Against Iran
Next New Zealand PM: I Don’t Understand The US On Guns