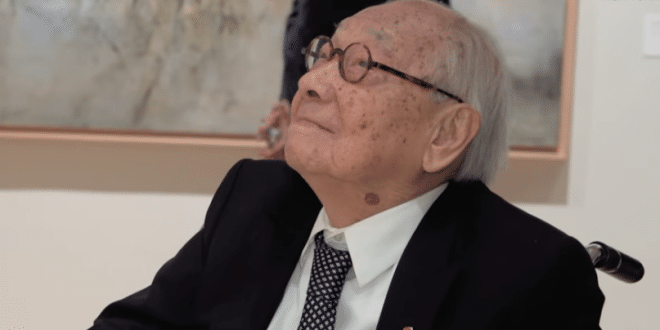 I. M. Pei, the China-born American architect who began his long career working for a New York real-estate developer and ended it as one of the most revered architects in the world, has died. He was 102. His son Li Chung Pei said on Thursday that his father had died overnight.

Mr. Pei was probably best known for designing the East Building of the National Gallery of Art in Washington and the glass pyramid that serves as an entry for the Louvre in Paris.

At a time when most of his Harvard classmates considered themselves fortunate to get to design a single-family house or two, Mr. Pei quickly found himself engaged in the design of high-rise buildings, and he used that experience as a springboard to establish his own firm.

Previous ICE Director Nominee: I Can Tell Which Migrant Kids Will Grow Up To Be In Gangs By Looking In Their Eyes
Next REVEALED: Michael Flynn Told Mueller That People Tied To Trump And Congress Reached Out To Obstruct Probe