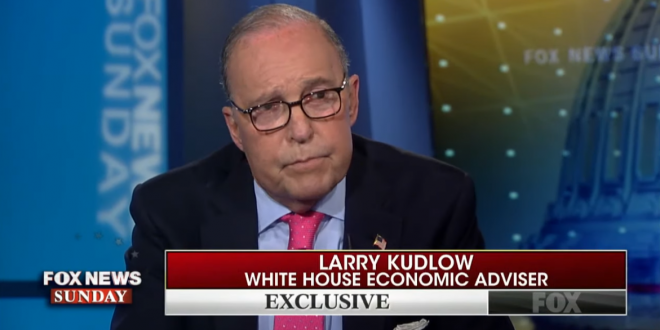 White House economic adviser Larry Kudlow admitted to Fox News’ Chris Wallace on Sunday that the Chinese do not directly pay tariffs on goods coming into the U.S., but argued that China will suffer GDP losses as a result of a diminishing export markets.

President Trump has repeatedly claimed, incorrectly, that tariffs are forcing China is paying billions of dollars to the U.S. Treasury.

The tariffs are paid by U.S. importers of affected Chinese goods, not by China’s government or by Chinese companies. Importers then either raise costs on consumers, lower their own profit margins or both.

Chris talks to @larry_kudlow about who actually pays the tariffs with China if they were to be imposed #FNS pic.twitter.com/cwl89OyLDK