Just 12% Back Bible As Only Religious Text In Schools

A new survey from Harris Polls:

A number of states are in the process of passing new laws to require public schools to offer Bible history classes but a new poll finds that the vast majority of Americans would prefer that other religious and atheist books also be included in such courses, or that they not be taught at all.

In a Hill-HarrisX survey released Friday, just 12 percent of Americans supported the idea of offering classes in Bible history that do not also teach about other religious books or atheist literature.

A third of respondents, 33 percent, said states should require schools to offer new history classes on all major religions, with a little over half of that group — 17 percent of the total sample — saying the class topics should also include the history of atheism. 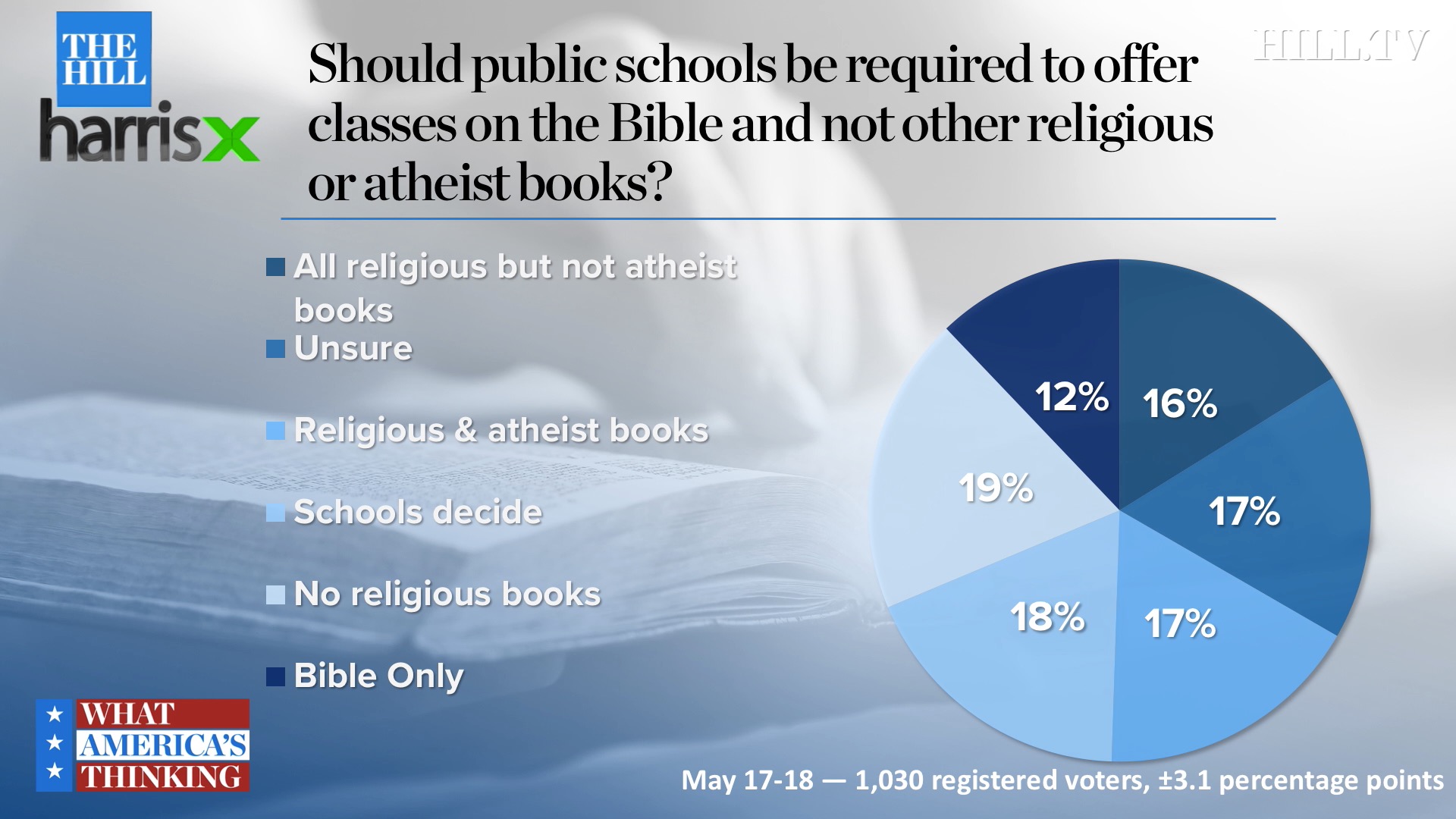