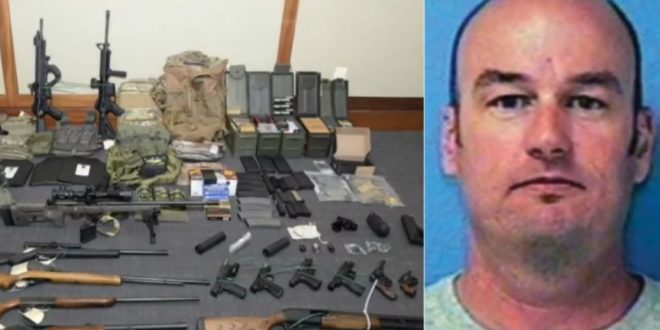 Accused domestic terror plotter Christopher Hasson will not be released from jail ahead of his trial, a Maryland federal judge ruled Monday, vacating the order of another judge who had said last month that Hasson’s continued detention was inappropriate.

Hasson, a Coast Guard lieutenant who prosecutors say was a white supremacist that planned to commit a “mass casualty event,” has pleaded not guilty to weapons and drug violations, but does not face any charges related to terrorism or attempted murder, which his public defender argued made his detention unlawful.

Last month, a magistrate judge ordered Hasson released and agreed to a plan that would have seen Hasson live with his father-in-law in Virginia under GPS monitoring through his trial.

Hasson is a self-described white nationalist who espoused extremist views for years and “intends to murder innocent civilians on a scale rarely seen in this country,” Assistant U.S. Attorney Thomas Windom wrote in a previous court filing.

Previous Felicity Huffman Pleads Guilty In College Scheme
Next Christian Site: The Result Of The Kentucky Derby Is A Prophecy That Christians Will Dominate American Life