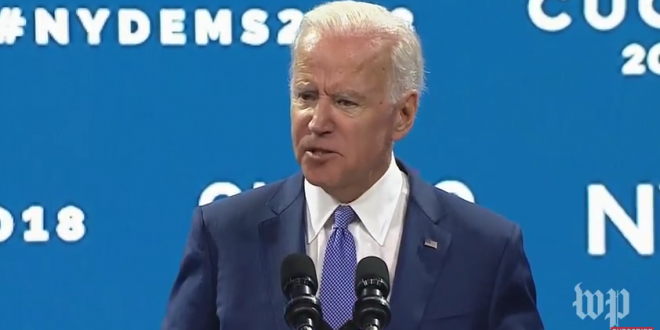 Joe Biden: Jim Crow Is Sneaking Back Under Trump

Former Vice President Joe Biden rang the alarm that “Jim Crow is sneaking back” at a campaign rally in South Carolina, the south’s first primary state that is seen as key to clinching the Democratic nomination.

On systemic racism, Biden gave the example that if two men named “Jamal” and “John” applied for the same job, “John” would easily get the gig.

Biden centered much of his speech around the need to restore decency to the White House, continuing to make his campaign a full-throttle assault against President Donald Trump. “Quite frankly, I’ve had it up to here,” he said. “Your state motto is, ‘While I breathe, I hope.’ It’s not a joke. We’re breathing, but God, we have got to have hope.”

He opened his latest run for president with explicit appeals to white, working-class voters across the Midwest, pledging his support for unions and promising to rebuild the middle class. Now, Biden is trying to gauge whether his message will resonate among black voters whose backing will be crucial in South Carolina and elsewhere.