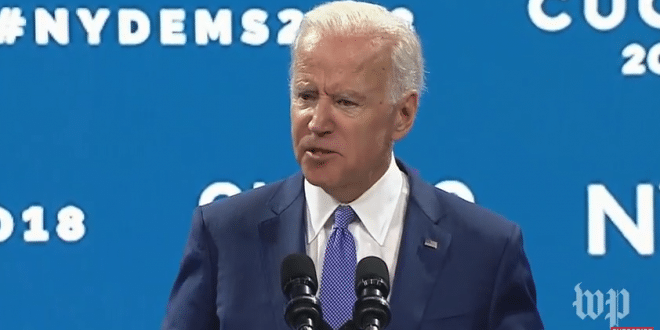 Joe Biden supports decriminalizing marijuana, a Biden campaign spokesman told CNN, but the former vice president isn’t going as far as calling for the drug to be legalized on the federal level. “Nobody should be in jail for smoking marijuana,” Biden told voters at a Tuesday house party in Nashua, New Hampshire.

Asked by CNN if the former vice president supports legalizing marijuana, Andrew Bates, a Biden campaign spokesman, said Biden believes the drug should be decriminalized and that decisions on legalization should continue on the state level.

“He would allow states to continue to make their own choices regarding legalization and would seek to make it easier to conduct research on marijuana’s positive and negative health impacts by rescheduling it as a schedule 2 drug,” he added.