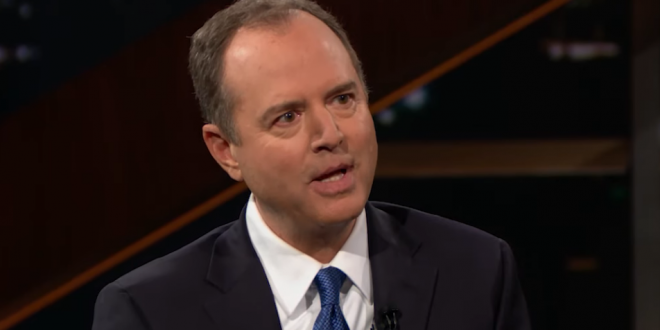 “Much as I like the visual of [throwing people in jail], I think it’s far more practical to consider levying individual fines on the person — not the office — until they comply. You could fine someone $25,000 a day until they comply. You can do that. We’re looking through the history and studying the law to make sure we’re on solid ground.” – House Intelligence Committee chairman Adam Schiff, speaking today to Axios.

Congress hasn’t tried to enforce subpoenas through the “inherent contempt power” in nearly a century. However, due to the escalating tension between Congress and President Trump due to what Schiff said is the continued obstruction of Congress, he said the the House will have to “consider any remedy” to get information.

The rarely-used doctrine allows Congress, instead of going to the courts, to arrest or jail those who do not abide by subpoena requests.

“Although these powers are not directly stated in the Constitution, the Supreme Court has ruled on multiple occasions that they are implicit as an essential legislative power held by Congress,” according to the National Constitution Center.