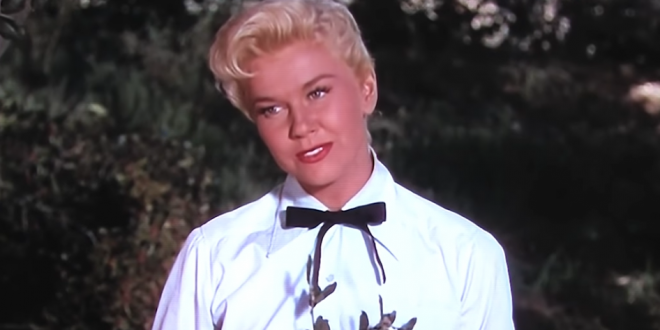 Doris Day, the honey-voiced singer and actress whose film dramas, musicals and innocent sex comedies made her a top star in the 1950s and ’60s and among the most popular screen actresses in history, has died. She was 97.

“Day had been in excellent physical health for her age, until recently contracting a serious case of pneumonia, resulting in her death,” the foundation said in an emailed statement.

Born Doris Mary Ann Kappelhoff, the daughter of a Cincinnati music teacher and a homemaker, the crystal-voiced pop soprano changed her name to Day when, as a teen, she began singing on the radio.

After appearances with the Big Bands of Barney Rapp and Bob Crosby, she joined Les Brown’s Band and had her first hit with “Sentimental Journey.” Going solo in 1947, she successfully auditioned for Warner Bros. the following year and was cast in the studio’s attempts to rival the romantic musicals that were the specialty of rival MGM.

In 1959 she was paired for the first time with Rock Hudson, in the racy (for its time) romantic comedy Pillow Talk, which resulted in her one and only Best Actress Oscar nomination, and also in her greatest box-office success.

Previous China Hits Back With New Tariffs On $60B In US Goods
Next Mayor Pete On Trump Vs Selina Meyer: “Tough To Say”